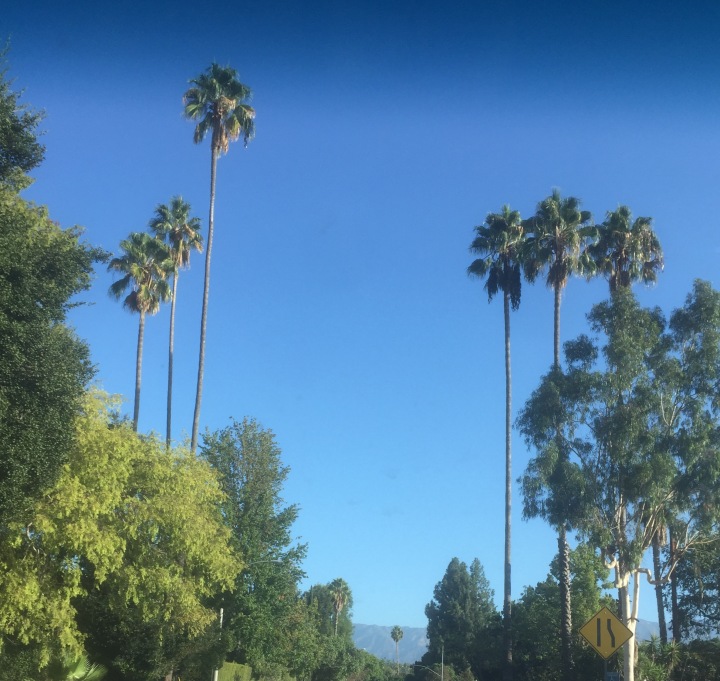 This blog is more of a testimony than a lesson, but Bethel’s Heaven Come Conference in Los Angeles, California was one of the most special and beautiful weekends of experiencing God’s presence, favor, and blessing in my life.  This entire year for me has been such a whirlwind of adventure through travel and new experiences, but I will say that the two trips that marked me this year as far as growing deeper in my relationship with God and in who I am in Him were the bookends of my first independent trip out of the country (without my family) to Scotland in March, and my first trip completely alone to this conference in Los Angeles this weekend – both of which happened to fall on super special days for me (the anniversary of my baptism in the Holy Spirit and Rosh Hashanah, the Jewish New Year).  I went on faith that God would bless me with friends and give me words of direction for my future and He did so much more than that.  Here are just a few stories of God’s faithfulness to me this weekend, and what He is teaching me that is now going to carry me from here on out:

God had been speaking to me for the conference that He wanted me to read a book called the Esther Anointing by Michelle McClain-Walters.  I bought it months ago, but never felt led to read it…until this weekend.  I took it on the plane with me and was amazed at how much revelation God was giving me about how I am called to be an Esther for His Name – a queen to a generous and benevolent King who serves and loves Him, bows before Him, and who uses the authority she’s been given to bless His Kingdom.  This revelation stuck with me as I went to the conference, and I knew that God was calling me to be a light to whomever I met.  Well, it just turns out that even though I assumed that I would be the only one who went to L.A. by myself for this purpose – praise God, I assumed wrong!  By the end of the conference, I was seated smack dab in the middle of a row of seven women of all ages, including myself, who were single and had come by themselves from all around the world simply to receive from God.  It truly blew me away to realize that there were so many other people who were in the exact same season as I am with the exact same heart to seek and serve God with everything they have.  It was so beautiful to see women confident enough to travel alone and grab a hold of whatever God had for them by faith.  I didn’t know I needed to see it, but I will never forget it.

This began to really intrigue me and cause me to ask the Lord: “What is it You’re trying to teach me through this?”  He showed me that He wanted me to see that one, I was not alone, and two, I have something to offer.  You see, God spoke to me this weekend through this book and in general at this conference that, as His daughter, His princess, His queen, or whatever you want to call it, when people see me, they’re not just seeing me.  Since I am filled with God, when people meet me, they’re not just meeting me – they’re meeting the presence of God inside of me!  When people encounter me, they have the opportunity to encounter God.  I am not just me!  I have His signet ring – His authority!  Because I am planted by streams of living water – planted in Him by staying true to His Word and in tune with His Spirit – I have the authority to bless others in His Name!  As I started to meet all of these women who came alone, even though I did as well, the thought rose up inside of me: “Lord, how can I bless THEM?”  Little did I know that He was going to turn it all around and bless ME!

First example of a blessing given and received:

I met most of the ladies next to me on the first night of the conference, and the next morning I got there pretty early.  As I was looking around and wishing someone would come and talk to me, I saw a girl sitting alone and writing in her journal.  Because I was doing that the previous night, before anyone else showed up, I knew that she must be lonely.  I went up to go talk to her and we immediately hit it off!  I ended up inviting her to lunch with me and my friend, and she brought a friend and ended up paying for our entire meal!  We all hung out for the rest of the weekend and each of us were beyond blessed and encouraged.

I realized through this that I used to be so shy, but now that I know who and Whose I am, I don’t have to hide and wait for someone to come and talk to me…I can be that person for somebody else!  I have the authority through Jesus’ love and confidence to bless other people, not in order to get a blessing, but with the full willingness to GIVE, and knowing that God will bless in return!  🙂

Second example of a blessing given and received:

In addition to making some of the most incredible friends from Australia, South Africa (living in Thailand), Kansas, Georgia, Denver, and Seattle and hanging out with them all weekend at the conference (the absolute sweetest surprise from God), I received a powerful confirming word from a woman on the BSSM Ministry Team!  It made me cry with the peace and love of God, however, I still felt that I needed more prayer and encouragement from the Lord on one specific subject.  I told the Lord about it and had faith that even at my last moment in L.A., He could surprise me with even a word from a stranger on the street!  🙂

On Sunday, after my friends had all left, I decided to go to Expression58 – a church that Shawn Bolz started ten years ago in Glendale.  Little did I know that he had gone to the conference and would actually be speaking there that morning!  I obviously wanted him to give me a word, but when that didn’t happen, I was determined to still make friends and be a blessing to others.  I went over to the coffee bar (where the cool people hang ;)), and initiated a conversation with a really nice guy getting coffee next to me.  Before he left, I realized I hadn’t introduced myself or asked what his name was.  It was Emmanuel.

Emmanuel.  God with us.

I felt God speaking to me: “Amanda, that’s your word.  I am telling you that I am with you.”  Talk about the love of God towards you.  I mean, come on – seriously?!  What was even sweeter about this is that I did not realize that the song we were singing that morning sang the beautiful name Emmanuel over and over in the chorus.  As I was reaching out to be kind and make a friend, God spoke to me…but He didn’t stop there.

Third example of a blessing given and received:

I went to the first AND second service of church that Sunday, because no matter how much I wanted to, I could not seem to leave.  I felt really strongly that I needed to stay – even though I wasn’t sure why yet.  I followed the Holy Spirit in obedience, and went back in for worship again.  The usher then seated a girl next to me, and as we got to talking, I discovered that she was also single, from Boston, and had also gone to the Heaven Come Conference by herself (the seventh person I met like this)!  I definitely wanted to make a new friend, but I also knew that God was the One leading me to take her to lunch.  She came, and we had the most wonderful time talking and sharing about God’s goodness in our lives for 2 hours!  🙂  God spoke through me into her life, and I was so grateful to have the opportunity to bless her, but then, something happened that I did not expect.

Out of nowhere as we were walking back to the car, this girl straight up spoke the word of the Lord to me in the exact area I had been privately praying for.  I was in shock and almost speechless, and if you know me, you know that’s next to impossible (your girl’s got words).  😉  I realized in that moment that none of this would have ever happened if I had not chosen to step out in faith in coming to this conference, trusted in God where He was leading me, and looked for specific people that He was leading me to.

God showed me this weekend that all of the blessings I received came to me simply because, even though I came looking for a blessing, I did not wait around and do nothing, but sought out others to bless!  You may think that if you give to others, you will lack yourself, but the Bible says:

“Give, and you will receive. Your gift will return to you in full—pressed down, shaken together to make room for more, running over, and poured into your lap. The amount you give will determine the amount you get back.” – Luke 6:38

I am definitely still growing in the area of extravagant generosity, but I just want to encourage all of the women reading this who may feel that they don’t have much to offer.  You are a woman of God and you have been given an inheritance from Him that well compensates for any inadequacies you may have or even shyness in your personality!  Even if you’re alone, you can bless others because you have been blessed.  You have so much to give because you are not truly alone, and you’re not simply giving yourself.  You’re giving Jesus, who has already blessed you immensely!  He is your Constant Source, and in Him you lack no good thing.  So rise up, women!  Rise up, Esther’s, who know their Father’s heart and use the authority they have from Him to bless those around them!  Let all those around you see your good works and glorify your Father in heaven…and wait and see how He might even turn it all around to provide for and bless you in return.  🙂

Blog Pic: Driving on my way to the second day of Heaven Come Conference at Microsoft Theatre in Los Angeles, California (the sky is so clear in the city of angels!)

11 thoughts on “The Authority to Bless”